Forget Drugs face the Chilli Pepper patch,( How i ended up feeling on fire) 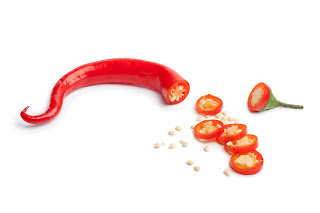 Whenever I told anyone, I'm getting Chilli Pepper patches  to  help my nerve pain you can imagine the weird looks I was met with, I mean Chilli Pepper to help nerve pain. ? but yep you heard it right, lyrically chilli pepper, it wasn't a case of standing in the hospital while the doctor crushed up chilli from the local supermarket, It came prepared in a small patch (a very hot patch)

Back in March when my infected pacemaker was removed I've suffered from pain, my cardiologist refered me to see a pain specialist and spoke with a plastic surgeon who both diagnosed the pain I was experiencing as nerve damage, Since then I've been placed on a variety of medication and painkillers to help combat the pain, the huge problem was these drugs are ok to take now, but being young and wanting more children in the future, that kind of threw a spanner in the works. All the medication I'm on isn't safe to take during pregnancy, I also didn't want to be on painkillers long term.

A few months back I happened to stumble upon the program 'the doctor who gave up drugs' were the doctor in the program Chris van Tulleken  stopped patients from talking painkillers and instead tried other methods, part of me felt this huge weight of worry, I was scared that was the route the pain specialist was going to go down, scared of the unknowing, scared of suffering pain and nobody helping me, I could see the pain in the girls eyes in the program knowing exactly how she feels, knowing that must be torture. 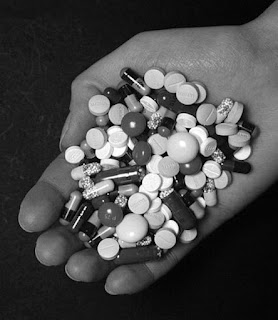 As I swallow Tramadol, Macklemore's new song 'Drug dealer' plays in my head  I sing this song at the top of my lungs as I'm hanging up the washing, it's one of they songs that its tune struck a chord but suddenly a horrible feeling hits my stomach , because as much as I like this song he paints a picture of drug abusers but blurs out people like me who have chronic pain people like me who don't want to take pain medication but have no choice, the pains to much,  one of the tablets I'm on Gabapentin isn't just one tablet a day it's split up into taking 3 a day and the side effects are nasty, one day as I woke up, for a split second It felt like I was falling, as though the bed I was lying on had disappeared from underneath me or another night, As I woke Dougie in the middle of the night, I told him something was wrong with my body, because the numbness and tingling was horrible, the left side of my body was completely numb, its like my arm and leg weren't attached,  the tingling hits me as I sit in the car as I try everything to bring the feeling back to my body, but without them I cannot function, the pain hits me hard, it  takes my breath away and I end up crying real snottery tears. When I first met the pain specialist he told me sometimes nerve pain gets better as time goes on,but most of the time it didn't and it was most likely I was going to have this pain for the rest of my life, that was hard to swallow, it took a while for it sink in, he did go down the route I thought he might like Chris the doctor in the program, but instead he mentioned  Chilli pepper patches and figured it was worth a try, I didn't have anything to loose, he warned me it was painful and if it didn't work we would cross that path when it came to it, I could still take tablets if need be until the time comes when I want another baby.

Now I understand your probably reading this and thinking how can Chilli Pepper get rid of nerve pain So I thought I would explain it all here.

The patches contain the active ingredient Capsaicin which is the natural substance found in red chili peppers which gives them their heat. Capsaicin works by desensitising the sensory receptors found at the end of nerves. When activated by painful stimuli they send nerve signals to the spinal cord and brain that results in the perception of pain, but when capsacin binds to these pain receptors it initially causes a painful burning sensation, but with continued use of capsaicin the pain receptors become overloaded and eventually they desensitise which makes them less responsive to painful stimulation this is what relieves the nerve pain. (http://www.netdoctor.co.uk/medicines/aches-and-pains/a8755/qutenza-patches-capsaicin/)

So I had my first patch placed last Thursday, the patch was placed by a nurse and was to be left in place for an hour, an hours nothing right so I kept telling myself , but it was the longest hour of my life, when she asked if I wanted a cuppa  or would I like to go for a wander and come back in an hour,(sooner if I feel the pains to much) which  straight away I didn't like the sound of but I figured how sore and hot could one patch be, I mean one small patch would be nothing right, a walk in the park compared to 3 ablations, when it was first placed it didn't feel like anything. Dougie knowing me better than I know myself said we will go for a walk,  which I'm so glad we did,slowly I felt the skin under the patch get hotter and hotter until it was burning hot, red and itchy, We walked round the charity shops beside the hospital which took my mind off how much it felt like my skin was on fire, as Dougie pointed out nice dresses, something he never does but I think my facial expression said it all as I was stupidly waving my jacket like a fan over my chest trying to cool it with the cold air.  I think if I had sat drinking tea it would of been a completely different story, this is the reason I drag Dougie to appointments like this for that purpose  because without him, I would of been crying even more snottery tears and the patch wouldn't have lasted half an hour let alone an hour  As we returned back to the hospital the nurse looked at me and said how was it ? your still smiling anyway so it can't be that bad there's still another 10 Min's to go, 10 minutes which I sat on the end of the bed biting my tongue for as she explained to Dougie what the patch does. 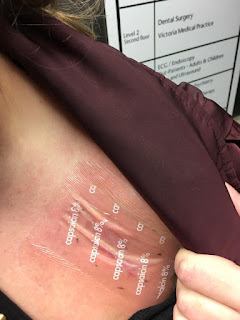 Its still early days to know if they've been successful or not at helping my nerve pain it takes 2 weeks to feel the full effects but fingers and toes crossed it works, the pain's still there although not as bad and the stingy pain that random hits hasn't so  its defiantly doing something, if they do work I will have to brave it all again in 12 weeks. It's amazing that there's so much out there that can help pain not just drugs that you don't hear or even know about, I mean I hadn't ever heard of chilli patches.

If you have nerve pain don't let my experience of the pain put you off, its like having really bad sunburn for 2 days and then it disappears, as much as It hurt I'm definitely going to give it another shot, so if your like  me and have nerve damage and pain, ask about  chilli pepper patches there worth a go, a pain specialist who specialises in  nerve pain is the person to get in touch with who can assess and guide you.