Cardiology update, why i'm grinning like a Cheshire cat 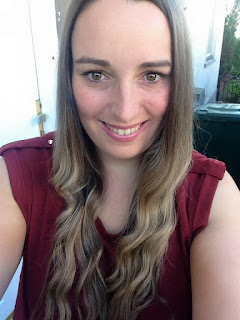 I've been to see my lovely cardiologist this week and I'm grinning like a Cheshire cat, because for once it's not been an appointment which has ended up with me being placed on the waiting list for an ablation since 2013.


When he asked if I've had any blacks out since the last time, I hadn't my heart was still fast but I hadn't blacked out in 4 months the longest I've ever went. 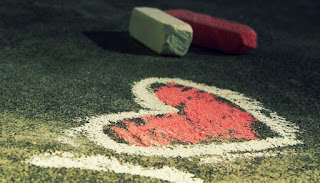 The honest thing is I've just been getting on with it and ignoring it all, making the most out of a rubbish situation,, I still have dizzy spells especially if I'm standing for a long time, I still notice my heart randomly racing, I still get breathless and have had a few near floor moments but I've managed to lie down before falling down. I've so many times questioned myself why I went ahead with the 3rd ablation and a pacemaker when I knew it wouldn't solve everything, but this is the best I've felt in a long time.


Another ablation is always an option, but an option for now that's on hold for 2 reasons one being how unfair he thinks it is to put me through another one so soon, also because of how happy I am compared to 6 months ago, but the biggest one because it's most likely going to end up like all the others.


Life seemed so hard and unfair at times, happiness and dreams were instead replaced with sadness and isolation, my goals were put on a long waiting list and I didn't know when they would reach the top, if they ever would. For the passed few years I've felt in a vulnerable state, a state that I felt would never pass because it's been present for so long.


My appointment opened my eyes to again how awareness is important, because like so many effected with this condition your left with very little knowledge , answers and support, awareness brings hope, a reason to not give up, educating others so others don't have to go through what you have. One voice is like a small drop in the ocean but altogether it creates a huge wave. Awareness has the ability to change so many people's lives.

Although I feel great and I'm on top of the world at the moment I know how quickly that can all change ,I know my next appointment might be different, things might not be the same, but this week I'm feeling even more happy and blessed, and of course I only have one person to thank for all of that my cardiologist.

Posted by Lifeoftheinappropriatetachymummy.com at 05:19 No comments:

The horrible moment your toddler smacks you in the pacemaker. 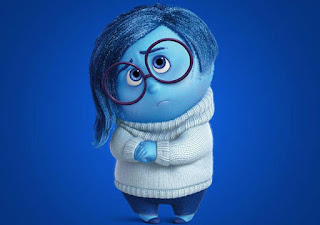 The passed few weeks have been really good, health wise I've been feeling amazing, Then the other day picking up Kian to head out. Being a typical toddler he had a tantrum and smacked me right in the pacemaker with his elbow, I felt an excruciating  pain but I didn't really think much of it except it hurt.


As I sat down to eat dinner that night, picking up my fork I noticed a strange feeling in my chest, a feeling I haven't ever felt before that my pacemaker had moved, it wasn't the nicest feeling and a feeling I found incredibly difficult to explain.


I haven't really felt my pacemaker before from the outside, so I found it hard to know what it felt like before since I had nothing to compare it to, as I touched it I could feel one side sort of lumpy and bulging and the other side lay flat and smooth.


As I got up from the sofa I called Dougie were panicked  filled me, lifting my top up I told him I think my pacemaker has moved. I spent the next couple of minutes trying to describe to Dougie what it felt like and asked him to feel the bulging lump were  he said he couldn't,he doesn't like the whole idea of feeling this battery under my skin, he agreed looking it definitely stuck out at one side more than the other but he couldn't understand how that feels and he definitely couldn't take the pain away.


Working , meeting friends, having a family meal, I  was still in pain and had this horrible feeling in my chest, but I didn't say to anyone because the sad reality is my pacemaker moving doesn't mean anything to anyone, they can't physically see it  or know how it feels.


When Dougie said to me I should maybe phone the clinic and get it checked out, I know my body and I know when something's not right or when I can sit it all out, so I figured it's probably  something that can wait till my next appointment and hopefully it's no big deal, but as much as I acted all cool joking that I haven't keeled over yet so it must be fine right ? I still felt this huge weight of worry  that I couldn't shift, because deep down I'm worried that it's not ok, worried everything's  going to go wrong again, I worry that I'm just getting back into the swing of working, back doing things I loved doing, and it's all going to be took painfully away again, I worry that this is another setback I worry a lot... You can probably tell.


I didn't tell anyone close to me how worried I actually was, because they would just tell me to stop worrying, but it's easier said than done, they all live by the motto you can't start worrying or stressing over something till its in front of you and as much as this is true, I'm a huge worrier especially when it comes to my heart, because things have never been plain sailing, I always believe you have to think worse case scenario so you can prepare for the worst and anything else is a bonus, hopefully my pacemaker moving isn't a huge big deal.

Posted by Lifeoftheinappropriatetachymummy.com at 12:35 No comments: