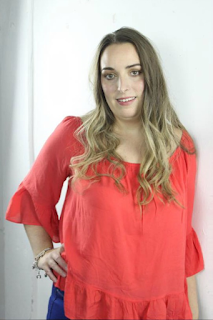 Hello, my names Danielle, I am 25 from Edinburgh, married to my amazing husband Dougie, I have a cute cat called Tinkerbell and have a handsome little boy called Kian. I share so much health wise but never too much personality wise, I am honest but kind, shy around strangers but loud and giggly around those I know, I can be hard on myself yet I'm the first to make a joke of myself  n a funny situation I'm emotional but rational, I wear my heart on my sleeve, I'm compassionate to others, strong-willed, stubborn, good at putting myself in someone else's shoes, I count my blessings, I dream big, reach for the stars kind of girl, throwback to 90's on a weekly basis, I still dance stupidly around the living room to steps, doesn't everyone though ? I am obsessed with Disney and fairytales and live in my own little fairytale world...but  lets be honest who doesn't ? 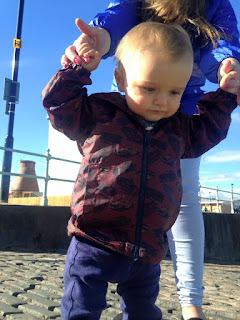 Most importantly this blog is about support, sharing my real life and information along the way. I hope I find the ability to make someone laugh or smile, laughter is the best medicine after all ! I know all to well, what it's like to feel lost, to be diagnosed with a long term condition and to feel so alone and scared but we're not alone, not at all, this blog is a place to make you feel a 'bit' like you have an invisible best friend.

I started this blog  after my second heart ablation failed back in  January 2014, I was diagnosed with Atrial Tachycardia and Inappropriate Sinus Tachycardia my first ablation back in  September 2013 was a partial success but doctors had to abandon the procedure as it was to dangerous to fully ablate and my second one in January 2014 was also abandoned. I used it as my place to vent about how I was feeling, and then good old social media, people started reading and following so I continued sharing my emotional roller coaster of my heart journey, sometimes I hesitated over the 'publish' button but then I remembered  someone else might need help and hope too. 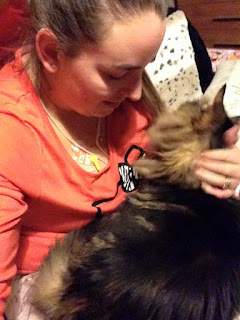 After giving birth to Kian in November 2014 my heart just got worse, doctors decided to take the risk and ablate my heart despite how dangerous it was and in July 2015 my 3rd ablation was a success, but a few weeks later my heart became worse,I also started suffering from bradycardia, and my heart started to pause, doctors were unsure if my heart had been damaged during my ablations or if my hearts natural pacemaker has just never work properly, I was diagnosed with Sinus Node Disease.
In August 2015 I was added to the list for a pacemaker and on the 3rd of November 2015 I had my first pacemaker implanted. but  it became infected  and unfortunately the decision was made to remove that pacemaker. on the 1st of March 2016 I received my 2nd pacemaker. ( a day after my 25th birthday) Not many can say they got a lovely new battery operated ticker as a gift.  I think that's probably enough before I start sounding like i'm attempting some weird dating profile. Thank you so much for reading xxxx

You can also find me in these places....