August Baby ! (I'm having another baby) 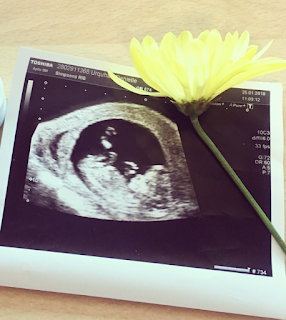 I had big hopes when I first found out I was pregnant,big hopes to write and document every little detail of this pregnancy, I'd even started thinking that perhaps I could write a funny pregnancy with chronic illness book.

but it didn't happen, I'd get lost in my inner monologue, planning the different chapters and paragraphs but was half ( most) of the time to lazy and busy to actually put anything onto paper and well.. lets just say the first trimesters finished which was a bloody tough one with this dodgy ticker of mine but I thought it would still be nice to document it all anyway.

So for this blog post you will need to deal with my wonderful memories and reflections.

4 years ago in February I found out I was pregnant with Kian, he wasn't planned I was on the pill and was just a few weeks into recovery from my 2nd heart ablation but after a good pregnancy up until the 3rd trimester and a long process of induction and labour in November 2014 my perfect little boy was born.

With all the obstacles we faced during my pregnancy with kian because of my heart condition I vowed never to have any more children, I was set in that.

When Kian was born my life turned upside down and dealing with the physical and emotional demands of motherhood was overwhelming tough, I pretty much decided one was all I could handle but over the years lots changed, I learnt how to juggle and balance life with work, my health and of course being a mum and my family became this new improved unit of three but in January last year me and Dougie decided we wanted to try for another baby.

I never thought for a second that I would be the girl who struggled to get pregnant, I just assumed it would happen straight away because why would you assume otherwise ?

Except every month that passed the disappointment would come because I wasn’t pregnant in those first few months I read that it sometimes takes a few months so we continued trying but nothing.. then I decided to loose weight, joined slimming world attapted a healthier lifestyle surly it will happen now !

... but it didn't  February March April May June.... 5 dark months the realisation that a second baby might never happen and then it was during the summer that my health problems flared up again and I was in and out of hospital so 'trying' for another baby got put on hold it was at this stage that I started to feel betrayed by my body because it was like it couldn't do anything right, I felt even more bloody disappointed in my body when It reached October and despite trying absolutely everything and loosing over 2 stone in weight I still wasn't pregnant instead the fainting spells were happening more frequently again and I was placed on the waiting list for more heart surgery. Something I also wasn’t prepared for was the jealously I would feel  anytime I had to congratulate friends on their pregnancy or when I would run into pregnant woman in the shops because that just reminded me that I wasn’t pregnant but how much I desperately wanted to be.

Then at the start of December  it was a rainy Saturday afternoon, I had just left my purse in Sainsbury’s (can you blame baby brain when your 4 weeks pregnant or not?) I went back for my purse, which thankfully had been handed in got home, dumped my bags in the hallway, sat kian in front of the tv and ran into the toilet to pee on a stick.

At this stage I was only actually one day late but  I knew straight away I must be pregnant due to one Oh something’s going on here symptom! I had to keep running to the toilet to pee. A bladder that would really let me know that I must go straight away or I was going to pee myself and for someone who suffers from bladder retention and finds it extremely difficult to pee I knew something wasn’t right, a bladder that well, was clearly trying to let a girl know that there was a baby growing inside there.

Baby Urquhart no 2 was cooking I was pregnant.

We’re thrilled, but a little bit anxious we wanted to wait before we told Kian but unfortunately we couldn't at 6 weeks I had a scary bleed because of a Subchorionic Hematoma in my womb which lead to an early scan at the hospital were Kian was with us as the doctor pointed out the Baby and thankfully a heart beat so we had to tell him but he made us proud and kept it a secret from the rest of the world.

Being pregnant is a wonderful miracle but god almighty growing a tiny human is tiring work especially because I’ve had to stop all my heart medication which means I’ve really been struggling with my heart and also the stupid bloody fatigue that brings too.

Although the fast heart rate and the fainting is the most physical toughest thing to cope with by far the biggest hurdle is the loneliness having a chronic illness brings the absolute feeling of being completely alone knowing nothing can be done to help ease the symptoms that right now feel restless,feeling at my worst yet not being able to do a single thing about it either.

But with all that being said seeing our healthy active baby at the 12 week scan after the scare we had at the start of my pregnancy and knowing we could finally let the world in our secret was so bloody wonderful.

Baby Urquhart is set to be a much welcomed addition to our family making his or her appearance in August 2018, it’s been one huge rollercoaster but a rollercoaster I wouldn’t change for the world.

I’m so excited and happy to finally become a mum of two.