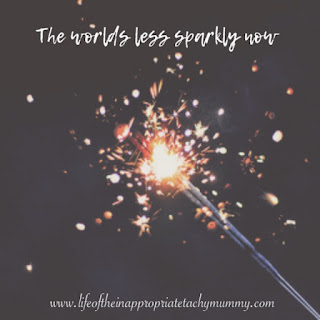 Throughout my heart journey I’ve been blessed to make friends, some I’ve met online, some whilst I’ve been a patient in hospital. The first time time I spoke to Nikki was when she dropped me a message after my second heart ablation failed, I was hurting I was angry at the world, I felt like It was impossible to live life with a heart that couldn’t be fixed.

'Thank you for requesting to be my friend' she wrote after I sent her friend request on Facebook  "I know how it feels" was the message she sent me earlier that day. That message meant more than anything to me, it meant someone in this whole entire world understood what I was going through and suddenly I felt like maybe I could get through this. Nikki had a very magical way of understanding everything, a way to reach you when nobody else could, I didn’t ever get the opportunity to meet her in person but through my phone it was like she was hugging my heart, mending it a little.

Since the start of my heart troubles I always known that this kind of friendship was special, special because your around someone who understands exactly what your going through, a person you can speak to who can relate, someone you feel safe talking to, who you can vent to when things are tough. The disadvantage you see them suffering and you know that there’s nothing you can do to help and from the day Nikki messaged me we became great friends and shared the highs and lows our illness brought together.

Having health problems you know there’s a chance things can go downhill and often sadly when you have heart problems it happens, which means as friends you watch each other go through periods of life that are difficult, although Nikki had been through so many ablations and pacemakers along with the horrendous things that come along with having heart rhythm problems she was normal in such an incredible way. She was like me positive, chatty and loved animals. We would message each other about the most heartfelt things to our pets and social life we often joked about being drama queens about how our wide keloid scars looked like slugs in our own strange way to laugh about our situation.

Nikki was always there bringing my sparkle back so even though it was hard I knew I wasn’t alone, as friends we done it together, by simply being there for each other, that’s how you stay strong. Nikki loved animals she was a true mummy to them and took on the role of mothering me when I needed it the most. We spoke about my heart going downhill  again and maybe having a 4th ablation she asked me how I felt about it and if things improved with medication could I live with it but let it effect me and stop me living the life I wanted I said maybe I thought I could tell Nikki in a few weeks that more medication wasn’t an option Because you see Nikki being there for me was the most unselfish thing ever, her heart was getting weaker, she was going for scan But she still continued to be there for me making sure I was fine.

I messaged her a few days later to say thank you for being my rock, that she was strong and amazing I also told her I hoped her scan went well that she deserved some happiness after everything she had been though. 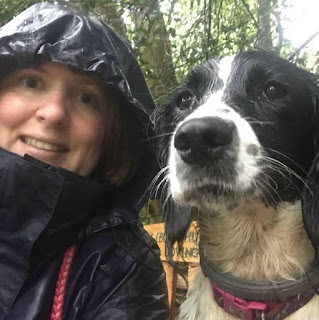 When Nikki was there for me each time I knew her heart was a lot worse than mine but I couldn’t imagine her being unwell, I told myself she would be fine, because she always was but she wasn’t, ablation after ablation pacemaker after pacemaker she didn’t get better, her heart constantly fought against her, it was getting weaker. Often we spoke about our future mostly silly things like getting back to work, being aloud to drive again things that were so superficial to others but things that were huge goals to us, whenever I pictured my future the times my heart problems brought sadness Nikki was always there I never once thought she wouldn’t be.

She passed away on 21st October my heart feels heavy and I’m beyond sad I wish I could send her a message and get one back, there are things I wish I could speak to her about but now I can’t, when I’m having a bad day and need cheering up my friend is no longer there, my soul feels sad that shes gone. I hope to raise funds for the British Heart Foundation in the future which was a charity close to Nikki's heart and keep her memory alive because she was amazing, At the moment I’m waiting on my next heart ablation and I know this time will be extremely hard as I wouldn’t have Nikki by my side, all i can say is I’m grateful to have learned so much from my heart friend, she inspired me to pick myself up and carry on she reminded me to keep smiling to be kind and brave but most importantly to live life to the full I cannot be more blessed to have had such an extraordinary friend  who’s fighting spirit will always hold a special place in my heart, that place in my heart that only Nikki could really understand.