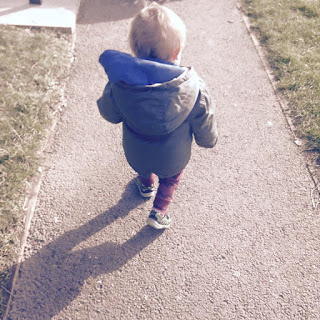 The long list of words I mutter daily to my 2 year old is incredibly long.

'I can't it hurts
running away makes mummy very sad
No we can't go upstairs
Stop, Mummy can't keep up
No
Will you just behave
Don't run off mummy cant catch you if a car comes
I need you to slow down'

'Please slow down little one'

Since my little boy Kian started to walk the day of his first birthday he well and truly made his entrance in style he came strolling through swaying the unsteadiness in his legs a huge cheesy grin across his face, his first proper steps he was determined to run before he could walk I watched with such delight, a proud mummy moment, yet suddenly out my mouth came the words

From that day is speed of walking and running grow exactly like he did as a mum I watched and cherished these moments, everytime he ran with a huge smile on his face that brought an even bigger one to mine as he copies Mr Tumbles on the television touching his nose blinking three times jumping high in the air my heart bursts with so much pride,ever fall I kiss the graze on his knee better the tears stop flowing and he replies all gone, his arms and hands reach out to show me it's all gone.

'Please slow down' were the dreaded words I spoke a lot

From rushing up and downstairs, running along the street to the park, taking off like Wreck it Ralph in the supermarket his short but able legs  always full of energy, his mind always racing with mischief everywhere we go is always full steam ahead even to the toaster in the morning.

Having arthritis in my knee winter and the cold is a huge culprit at making my knee feel worse everything we done in the summer, the long walks to feed the ducks doesn't happen, going to toddler groups I sigh its shut as I secretly stand at the washing machine and cry for telling little white lies, everything on our to do list gets moved to the don't do list shoving him in the pram and walking slowly is now how the eventful shopping trip starts 'bad mummy' he shouts loudly the once happy face replaced with sadness the guilt hits hard eventually I give in.

'Please slow down' I would still shout trailing at the back passers by shaking their heads moving trolleys to avoid hitting him, physically I cant keep up he's faster than me I sobbed one night I can't do this I can't deal with strangers judging me staring because I let him run wild. He doesn't understand was a phrase I started to hear a lot he's just a baby having fun, learning I would bite my tongue longing for the day he did understand, longing for the day it would all get easier. 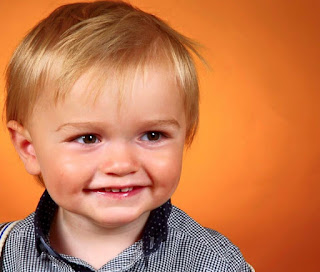 I'm still learning how to approach these moments of mummy 'can't', explain to him why ? how do I tell him that mummy has a bad knee and one day will need a new one, how do I go about telling him mummy has a pacemaker inside her chest ? do I let him feel it ? show him its different to help him understand, do I tell him mummy's a bit like a superhero with a magic battery ? make it sound fun, special, ? every superhero eventually needs a new knee. Yet how can I make out mummy's this amazing superhero yet she cant even walk up a flight of stairs properly let alone  pull out webs from her hands and climb up the side of tall buildings, how can I eventually tell him when the time right all batteries run out exactly like the phone he puts on charge to phone daddy at work does, expect its not as simple as plugging mummy into the wall, without him fearing it, without him asking too many questions giving answers that I never want to explain, machines can go wrong like the battery's which leaked in his favourite toy dinosaur, that caused him to cry for days when I told him it was broken and we needed to get a new one but yet its important, its important to me that he understands that mummy's not being bad, boring or grumpy she simply can't, so he learns god forbid something goes wrong he understands it will all be ok with a simple few clicks from a special computer at the hospital a superhero always springs back but even the greatest superheroes need a rest sometimes.


Kissing his forehead goodnight I sat on the edge of his toy box bad mummy stuck on my brain, I will try little boy, really I will try, to stop being boring, grumpy, I will let you run around free, let you have fun, let you be curious, let you learn, forever I will keep this secret locked inside your eyes tightly shut to protect you from ever knowing that mummy's no superhero she couldn't be any further away from a superhero if she tried, mummy's more like Bambi on ice who most days can barely put one foot in front of the other.

I promise I will try and never say slow down again, I whispered to him that night because my sweet little boy you will always be quicker than me.

I admit I'm still adjusting to this accepting he's growing up, accepting it's always going to be a challenge, I'm still learning how to control the fear when he takes off and I can't keep up, god I'm even trying to stop caring what others think when I look like a mum who has no control over her son, I should of knew this day would come but I didn't in the whirlwind of the first year of being a new mum I didn't ever think that far ahead unfortunately there's no textbook with a how to guide on keeping up with toddlers when you have bad knees and a battery powered heart. 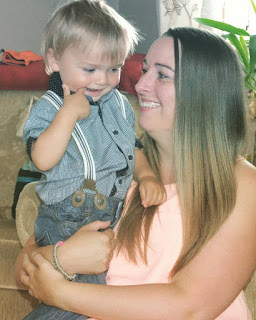 A few days later in an ironic but sad sort of way, waiting for his Nana to pick him up I explained mummy had to see the doctor with her sore knee grabbing his shoes he gave me a little wave his face full of delight and smiles for his afternoon full of adventures with someone who can run and jump, who can do everything he wishes mummy could do but can't, as he went to run off he stopped in his tracks smiled leaned down and kissed my knee all gone he said.

As he went out the door my heart ached for the wrong reason he did understand in the mind of a 2 year old a kiss makes everything better he had only learned what I had taught him a kiss made his knee better so it should make mummy's better too, its so true he doesn't understand that a kiss cant fix everything but my sweet little kian how I wish you didn't ever have to understand a kiss cant always fix everything but sometimes a kiss from the right person is sometimes all you need, I will always keep you believing kissing a sore knee really does make it all gone.