Night before my pacemaker procedure.

So tomorrow is my pacemaker procedure.

A pacemaker is a small device that's placed in the chest to help control abnormal heart rhythms. This device uses low-energy electrical pulses to prompt the heart to beat at a normal rate.


Little explanation  and pictures for anyone who doesn't know what they are! 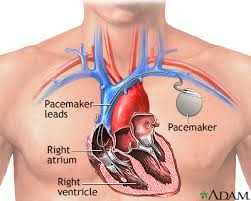 So as you all know back in July I was told I might end up needing a pacemaker I always knew it was something that could end up happening and in august my cardiologist  decided a pacemaker would be the best option, when the letter dropped through the door with a date for my surgery , it really couldn't have happened at a worst time, the day I was supposed to be starting back at work from maternity leave, it just feels like another huge obstacle in the way, the dread of having to explain that your off sick again, it would be so lovely to just recovery and not have the worry of work, or the thought if things don't work out will you ever be ok to return to work. all of it I just find so frustrating, and find myself worrying about it all, its like when you worry about one thing you end up finding yourself worrying about everything, Kian's first birthday is the 19th of  November  and I just want to be ok to celebrate and make his day special ,we are supposed to be doing his cake smash a few days after my pacemaker,  and all I keep thinking is how  all this is possible it just feels like everything is happening all at once, part of me thinks its all a good thing because I will push myself to recovery quickly for Kian, but I guess you have very little control when you will be ok to leave hospital and even little more control over how well the operation goes, so for now I know all I can do is keep a positive mind and attitude towards the rubbish situation and just make the most out of it.

i'm getting really nervous now, I wasn't bothered before and was over the moon,  the fear was never really a thought, but now its getting closer I'm thinking about everything, I mean there is always risks to things and I am never normally one to focus on the risks, but over the weekend its been niggling away at me, I'm only human.

Then there's the shallow side of me, when Its over and I look at the scar.


And then there's the pain side of things... Another painful few days, and adjusting to life with a pacemaker, and the hardest one knowing that it won't solve my heart rhythm completely and for the rest of my life I am still going to be on medication, hospital appointments, pacemaker checks and as my cardiologist mentioned at my last appointment maybe even more ablations, I do try my hardest to get on with thing and try and not let it get to me but its so difficult sometimes, when your health effects so much not only your body physically and mentally but also work, family, plans you always feel like you can never fully commit to things because you just never know how your heart will be one day to the next, its like when my boss said to me before I went off  the last time 'your sick level can't continue the way it is' part of me has to hold back the laughter because if you didn't laugh you would end up crying because you simply can't help it its all just so unpredictable, so for everyone who says I don't moan and just get on with things never ask Dougie hahahaaha.

It's just one of those weeks coming up that I wish I could fast forward like 4 weeks time when every thing will have settled by then, and healed and il be used to it all!

On a brighter note, Dougie took me away this weekend to pitlochry which was where we spent our first ever holiday together a few months after we met, I love it up there the little town is just beautiful and the people are so friendly, we visited an old house were we randomly took a picture so we went back to the same place and took one now with Kian, we walked along the lovely dams and the lovely swinging bridge, we visited the enchanted Forrest which was amazing enjoyed some mulled wine and since it was Halloween we dressed Kian up for it.  Except our romantic  and relaxed get away wasn't that at all it was the complete opposite Kian wouldn't sit still at all for more than 5 minutes so we ended up cancelling our dinner table and then because he wouldn't go to sleep with us in the same room we ended up having to grab a chippy and spent our night sitting on the bathroom floor anything to not wake the finally sleeping baby, so it wasn't quite what we had planned but something we will never forget. Having so much to focus on the week before has really helped taking Kian along to Halloween parties picking and carving our pumpkin I do just love Halloween. 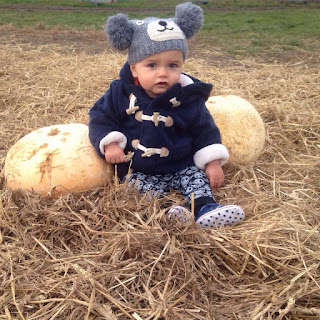 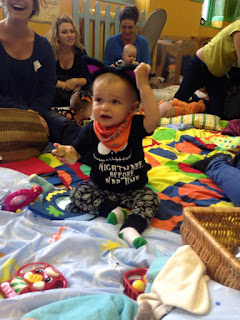 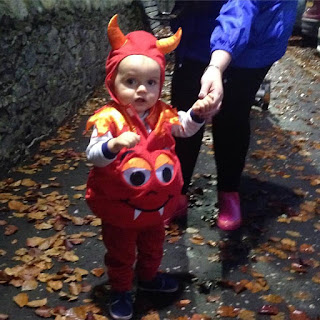 Today I dropped Kian off at his Nana's were he's staying for the night so Dougie can be with me at the hospital, I really hate saying goodbye to him and he's just learned to wave bye bye so it made it even more emotional seeing him waving at the window, leaving him is the worst of it all I feel like am missing an arm, Dougie had to remind me today its not just me anymore its Kian I also need to think about which for him I just want to be better and ok and be home as quick as possible.

My appetite has been a bit rubbish the last few days I blame the worry about tomorrow without even realising it, so I have found myself having to push myself to eat today since I have to fast and since I don't no when I will be taking I just have to go in at 8o'clock and I know I will be starving come 11.

I hope I don't turn into a big cry baby like the last time with my ablation, I know people must be sick of my face popping up on there news feed but I really just want more people to be aware of ist, ist has basically took the life I did have away and made everyday so difficult, I hope tomorrow will be the start of a beautiful new friendship with me and my pacemaker, which I still haven't thought of a name to name my pacemaker so if anyone would like to help me out feel free to drop me a message.

Thanks you everyone for all the support, and following my blog it does mean so much and knowing I amt alone on this journey really helps, I will keep everyone updated on my new battery operated ticker.

Beautiful Pitlockry and our lock at our favourite spot were we visited on our very first holiday. 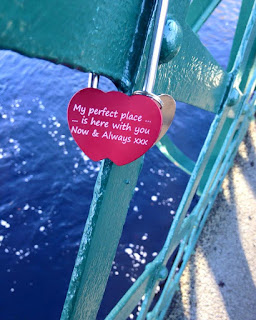