Even the strongest people break eventually 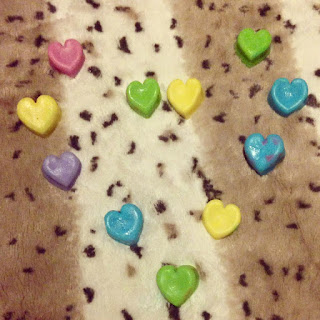 When I woke up last Thursday I didn't need Facebook  time-hop to remind me of what day it was, a day that I will always remember, a day of heartache, pain , tears and sadness a full 2 years has passed since my second failed ablation and I was diagnosed with ist, Lying on the bed in the cath labs and my cardiologist telling me he couldn't slow my heart down I still feel the tears that slowly dripped down my face from the pain of him trying to ablate my heart were I stupidly had told myself to grin and bear it a little longer in the hope it would be fixed, the whole experience of my second ablation was awful, My veins were so bad before hand with how unwell I had been, and attempting to sedate me couldn't be done my veins were collapsing and none existent so I decided along with my cardiologist  to just go ahead anyway with just the local .. Word of advice to anyone going for an ablation always take the sedation as its not the nicest feeling your heart been burnt wide awake compared to my first and third which were a walk in the park I remember nothing just certain little parts were I had came to, but had just been sedated again  ,I felt like my  whole life had came crashing down in seconds, all hope of ever being better, was gone I felt completely numb ,back in the ward I did  not understand any of it, what was supposed to be a simple fix I never thought for a minute , I would be texting Dougie to say it hadn't worked and it couldn't be fixed, I'm pretty sceptical about how the word depression is throwing around but if this is half of what it feels like to be depressed then I really feel for people who suffer badly as it's such a dark lonely place to be in, I spent the rest of the day  in the ward just staring at the walls losing all hope of ever having a normal working heart, and found myself phoning my cardiologist the next day to explain it all again, part of me hoped maybe I had imagined it, or had misheard but I hadn't it was real, it was real doctors didn't know how my heart could be fixed if it ever could be at all.

2 years on and if I knew back then what I know now is a rainbow does shine through eventually I mean my hearts far from fixed but things are a lot brighter it's crazy when I look back over the 2 years at how much I have achieved and done the biggest being a mum, another ablation that did lower my heart even a little ,an amazing 8 attempts on the day to drop it a little, a tilt table test, the lovely task of getting my adrenaline levels checked by having to pee in a large jug for 24 hours,very glamorous, as you can imagine ,more 24 hour monitors,spending the summer in hospital were again i spent days staring at the 4 hospital room walls just hoping some day things would get better,  diagnosed with sinus node disease and hearing my hearts damaged which is something I will never know if it was passed ablations or always so bad, it just stayed hidden ,a stress test which is no fun being on a treadmill with a heart rate of 35bpm that wouldn't increase even with activity  and getting my pacemaker it's been one mad journey,  but I overcome it all, as people say what doesn't kill you only makes you stronger, the hardest part is accepting it all and finding and adjusting to life as your body needs you to ,nobody's perfect it all takes time, I have no regrets going for any the ablations and none with getting a pacemaker at 24, i always just wanted to be better and have never lost hope that even though my heart can't be fixed that over time things will get better, and easier. Having this is a huge part of my life but I will never let it define me as a person, or stop it letting me achieving everything I want to do, and the biggest one right now is just being well and fit to go back to work something I haven't done since October 2014.


A week later waking up on Tuesday morning I woke up feeling fine standing making Dougie a cup of tea before work and Kian some toast it suddenly hit me my heart started to race the dizziness and blurred vision I got down on the floor sitting waiting for it all to pass its something you get used to but it doesn't get easier, you just know it will pass eventually you just hope enough that you don't have to make that dreaded trip to a&e to get medication and fluid through a drip to slow it down  but having the pacemaker means I do have the luxury of swallowing as much ivbradine as I need to slow it all down which was a huge reason I decided to go ahead with the pacemaker for that luxery  ,as Dougie walked through the door he knew right away he didn't need to ask, the colour had drained from my face , to say I felt terrible physically and mentally was an understatement poor Dougie was left watching Kian and getting ready for work all at the same time as I lay slumped on the sofa. Dougie phoned his mum to come down and help with Kian I just couldn't do it and it hurts so much knowing I'm  his mum ,yet  physically I knew I just cant look after him, the fear kicked in along with everything else if I did black out with him alone.The next day after spending most of Tuesday feeling awful and sleeping the day away, I picked up the phone and called the pacemaker clinic were the pacemaker tech asked me to come in straight away, heading to the hospital they checked my pacemaker over and have to say it was the strangest thing in the world when they said they were going to speed my heart up, lying on the bed my heart did start to race by a simple click of a few buttons on the computer, I still don't think I have got my whole head round the fact my heart can be controlled by a computer it's just the weirdest thing,it was over quick like she had promised, she asked me if I had somewhere else to be ,because they were going to have to phone the on call cardiologist to see me , sitting back in the waiting room the fear of the unknown started to hit me, everything running through my brain,  Luckily I didn't wait to long, took into a different room the cardiologist checked my wound which didn't look infected but he couldn't be sure if there wasn't an infection inside, since I just finished antibiotics he decided against it and if it gets any more painful or I feel ill I have to come back, told to rest and giving painkillers for the discomfort I still feel from the pacemaker pocket, but I guess having a 1 year hitting it nearly everyday isn't helping, He started to ask about how I had been feeling unwell and what had made me come along to the hospital ,were I explained how I had been feeling, and how in the space of 2 days I had 3 near faints and the episode before Christmas when I had fell and blacked out when the ambulance arrived my heart was fast,asking again did I feel my heart racing I had to remind him I didn't always notice it how just sometimes  it came out of the blue,the dizziness and breathlessness, and sweating would strike, I also explained how I had a baby and for my own peace of mind I just wanted to know what was normal and what wasn't  ,I explained  what my consultant had told me about my heart being damaged and how I knew I would always have problems but it would help to know what's going to be normal , I got the most confused look ever, were he said you have had an ablation so you shouldn't have fast rhythms, were I found myself explaining I have had three, and it still races , my hearts sinus node was damaged so I knew as my consultant had explained I would always have issues ... its so frustrating when you find yourself explaining and knowing more about it all than a cardiologist does who just sits and stares blankly but I guess that's the problem with having very few cardiologists that know about ist and sinus node disease , the end result was I was giving a 48 hour heart monitor and that since my consultant knew me well and its only a few weeks till I see him in the clinic, that I was just to take it easy keep my fluid and salt intake up and if I feel really unwell or black out to come straight to hospital. I so wished I hadn't messed my fake tan up the other week, not to mention how glamorous it is not being aloud to wash or shower for 2 days, not fun.

I always found Appreciating the good days and when it's a bad day just focus on feeling better tomorrow, we all have that day when we're fed up and exhausted of it all but it's how you deal with it I just feel at the moment it's like a roller coaster, not knowing the next bend or when the ride will stop, if it ever does stop, it's the fear of the unknown what's next, the last time I had met with my cardiologist he always said worse case scenario more ablations, I just want to return to work, get on with life and being a mum, kians so full of life, yet some days I physically just can't keep up with him, and the scared thought of having to make more hard decisions, I don't no what my clinic appointment holds , seeing my cardiologist for the first time since my pacemaker and what's next, he always said he wishes he did have a magic wand but life's not a fairytale as much as I wish this was all a bad dream that I would wake up from I try to stay positive but even the strongest people break eventually, it all just feels hard sometimes  I find myself getting random flashbacks of hard times it's like I had blocked it all out when things were to tough, and I know I coped before so I can do it again , like how I started this post I know I will be looking back on everything in a few months, or a years time thinking mentally i survived it all, it all just makes you stronger.