When nobody gets it 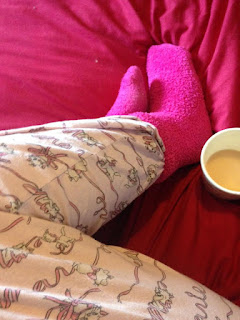 Last  week had been a really good week for me, when I say good I actually mean bloody brilliant, I was managing simple things that a few weeks ago I struggled to do,  tidying the house, hanging out the washing taking a walk along the beach with Kian to watch the aeroplanes landing, typical Scottish weather it didn't go to plan , my perfect picture for Instagram of sun sea and my little mini Dougie, was a huge fail it started off sunny and then snowing all at the same time , hiding in the cafe with a well deserved cuppa and a piece of Nutella cake, I finally felt  like I was getting my sparkle back no more negative grumpy Debbie downer Danielle.  I finally felt like I had found my positive pants and I was wearing them proud , going to the pacemaker clinic and finally feeling like everything was starting to turn from negative to positive no more bad news, yep my heart appeared to have got even more lazy and my heart function had decreased and I was relying on this little battery, ticking over more, but I felt blessed, I felt the best I had felt in a long time,I finally felt that one step closer to making it back to work, one step closer to achieving things I felt were impossible a few months back closer to just being like the old me ,and having that glimpse of feeling well and healthy was just amazing, I clearly had forgetting what being well felt like because it had been so long.

Getting up on Monday morning I woke up up with the worst cold, now the colds just the cold right ? Everyone gets it take all the cold remedies sweat it out in a bath, lie in bed drinking fluids etc but when your  heart is sensitive to nearly every single cold remedy out there it's just not as simple. Do u see were am going with this? If u have a shitty heart like me that's sensitive to nearly anything that makes your heart work faster including getting a bug, a virus an infection even just 'that cold' then you will know exactly what am about to say because you will know exactly what it's like, it's not "just the cold " when your heart doesn't work properly your heart and health take a huge hit.


I tried to ignore it I really did, I tried to not complain and moan about having the cold because let's get real it is just the cold and as much as I felt like I was dying I wasn't and it was "just the cold", carrying on my day as normal and with a hyper toddler who also had the full blown cold and was just as grumpy as me because he obviously felt just as shit as I did.

Oh god getting on with 'just the cold'  was hard, but thankfully kian you were amazing and had a 3 hour nap on Monday , I really thank you for this,giving mum some well deserved time to lie and sulk on the sofa with a hot water bottle and paracetamol  before we took a walk to the shops to get things for dinner.

Now if you've heard of the spoon theory by Christine Miserandino, Using spoons and having none left  not going to bore everyone to death with the whole spoonie theory but basically ,  I had been trying to be superwoman all week  getting on with it all, not lying down to it refusing to admit how bad I felt simply telling everyone I had 'a cold'  but by Thursday I was wiped out and feeling even worse than I had been, I had clearly exhausted and used all my spoons up and didn't have a spare spoon left,  Maybe I should of used my spoons more wisely and not pushed and got on with it like normal people do because I guess as much as I would love to just get a cold and get over it like everyone else does it's not as simple when you have a rubbish immune system and your heart doesn't function how it should, and that cold that I had not been  complaining about, well Saturday morning resulted in a trip to the out of hours because 'that cold' was pleurisy and my heart had started to struggle, the little horse had come out to play and galloped away making me sufferer even more than I had been.

But the frustrating part of it all I spent the whole week trying to explain to family and friends yes it's "just the cold," but the cold makes my already rubbish heart ten times worse, were none of them seemed to get it," just get on with it, it's just the cold,"or a favourite "stop being a drama queen  " now maybe I should of said to people how bad things actually were, but I don't because I rarely admit how bad things are poor Dougie did try to understand and he seen how hard it all was for me, as each day passed I didn't get better and couldn't just get on with it  like everyone else does as he came home on Thursday, he knew I now needed my bed, as much as he laughs and calls me a drama queen he sees how much it effects my heart he knows me better than I know myself and what had been "just a cold" I was now  feeling unwell with my heart. but I guess it is hard to fully understand  when you haven't been there and don't no what that  is like, being completely wiped out and unable to leave bed because your heart is working overtime so much it leaves you feeling even more unwell than you already did.

Again it created that  whole barrier of you look fine the whole invisible illness striking because you can't physically see the pain or how unwell I felt or how my damaged heart is taking a huge hit.

It made me realise I can try to ignore it not be so negative think of it like everyone else it's "just the cold," and the cruel words rephrase that ignorant words 'just get on with it' , I had been doing exactly that the chest pain and breathless I had struggled with the whole week I had ignored  it all thinking it's just my bad heart having a bad week, I had cancelled plans let friends down I did just carry on at my own slow pace, I didn't say to anyone moan or complain because the sad truth is like Dougie as much as everyone cares and  wants to help there's nothing anyone can do or say to stop my heart going haywire when I catch colds bugs and this time pleurisy  Whilst they do care telling them doesn't make them get it or understand.


You can't fully understand until you've been there yourself,
So the next time I say 'I just have a cold' don't question me don't tell me to get on with it I'm already doing exactly that ,just that I'm  not sharing and moaning about how bad things actually are because you wouldn't get it or understand what that is like and I know that must be hard.