Forever the new girl trying to fit in. 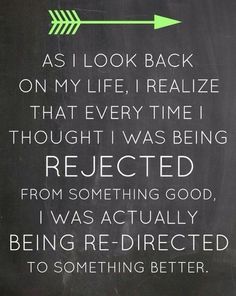 I finally got to experience that Monday morning feeling again, well it was a Wednesday morning,   but you get my drift the feeling of having work again. Nervous was an understatement a full 19 months off work having a baby another ablation and 2 pacemakers, I was finally going back, I had achieved what was such a big thing,  Something I thought was impossible, a day I never thought was ever going to happen again, months of recovering numerous set backs persuading my own doctor and the hardest one occupational health that I was fit and well enough to return to work. The tears I had shed after every heart breaking moment that sick note was signed 'not fit for work' Was finally in the past locked away in my brain were I happily want to forget that part of my life ever happened , as much as my heart is always going to be a problem and  I will have bad days ,and  I'm not going to lie I came home after my first shift and god I acted like the world was ending every part of my body ached and I thought I just can't do this as I crashed into bed in a heap,  I had only done 4 hours But they 4 hours of standing working were tough I'm such a granny scrap that I'm just not used to working it's been so long but I had done it I completed that first shift which is always going to be the hardest.

'An arrow can only be shot by pulling it backwards.
When life is dragging you back with  difficulties,
it means it's going to launch you into something great
so just focus and keep aiming"

Over the years at work some people have asked if I'm ok ? Am I feeling better ? or why I'm always off ? And some don't, maybe there too afraid to ask in fear of being too noisy or maybe they don't even notice I guess  it's hard  it's like when someone dies you never know what to say as saying sorry wouldn't bring that person back, it's not something I talk about at work in fact it's really the opposite when I am well enough to work I do anything to avoid the topic because I like to forget my hearts an issue, but also I don't want to be treated differently, I don't ever drag attention or mention it even on days my heart is acting up as I just want to be like everyone else but also I fear being put in the situation were I feel like I have to explain  a big thing for me is telling people because they do treat you different they mean well and it's such a lovely thing knowing that people do care but I don't want people to be over cautious and I definitely don't want to be treated differently.


One of my biggest worries  and something that upsets me the most is the amount of time I have off 'being sick 'were I not only feel frustrated and angry, I always feel like I never fit in, I experience  that new girl in a new job feeling time and time again. heading in on my second day I walked in turned around and walked straight back out the door were I said to one of the nurses am in the wrong theatre because as I walked in through the door I looked around and didn't know or recognise anyone so I assumed I was in the wrong place but in actual fact I was in the right place it was just lots of new faces I just hadn't met.

Being in the same job nearly 8 years working in theatre, granted I  think I have been a patient more than I have worked there especially this year and last but my worries and sadness about being the new girl  all the time hit me right in the face when I walked in and discovered next to my name on my locker were the words who is this ? I really felt like someone had stuck the knife in and twisted it but basically it  just proved The whole thing about being the new girl and I mean really it's just some words but the whole thing about being the new girl slapped me right in the face, maybe the person who wrote it genuinely didn't know who I was, or done it as a laugh and it was supposed to make me smile and they didn't know it would make me feel so bad  about the whole situation  and properly 100 percent they didn't know me or anything about me including why I was off but I found myself thinking back to every hard moment that had led me to to be off work, how just under a year ago as I lay on the bathroom floor the paramedics tried so hard to get my blood pressure and heart rate back up I watched the monitor slowly dip as my heart just got slower and slower, They gave up trying to help me and made the decision the hospital wasn't far away getting there quickly and phoning the crash team gave me the best chance, my heart was slowly giving up as I lay on the trolley in resus the monitor flashed up 27bpm I felt helpless and scared it was the most strangest feeling I have ever felt felt  as I was always used to my heart racing as I grabbed the young doctors hand in fear I  asked her not to let go I thought That was it Was this what dying felt like,  my whole life swirled round my brain, everything I would never get to see or do and one thing that stuck from that day was I would never get to experience what work is like again. That was the easy part trying to prove that I was well enough and would manage to work again was tough and soul destroying  were for that split second on my first day back I thought was it all worth it.

But you know something that's ok and I can say that's ok because fitting in being the new kid on the block I'm used to, I did vent scream and shout in my fit of rage as I returned home  I got it out my system I let off the steam and moved on as the new girl trying to fit in and of course I have to add the shoeless girl because everything I owned was gone too, it was like I had actually never existed or maybe everyone believed I wouldn't ever come back.

I know what it's like to feel like you don't fit in to be an outsider because of how many times I have wore that T-shirt and I always try to not make people feel that same way because it's the worst feeling and situation you can be placed in being new but forever being the  new girl trying to fit, is even harder I'm a big believer in everything happens for a reason and I do truly believe that constantly having that experience of being the new girl and being signed off work will help me grow later in life, I mean when the time comes for me to get a new job, it will be a walk in the park because I'm used to always being the new girl, but it will be so much easier actually being the new girl.


never ever give up fighting for what you want to achieve in life, anything worth having is never easy and even if it feels impossible just remember life is only 10% what happens to us and 90% how we react so if you truly want to do something you have to leave your comfort zone and just give it your best shot.