Life is only what you make of it 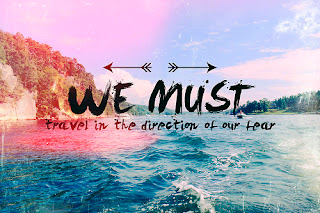 If you were to write on paper what your illness has taken from you, the list would probably  be incredibly long even upsetting to stare at it, you grieve how your life used to be, a lot of us go through that stage, I felt nothing but misery in the early days and still to this day I have my low days and days were mentally and physically I feel nothing but sadness looking at how things used to be.

When your life was spent most days in bed, being housebound because physically you couldn't ,your going out was completely  different to others  it usual meant going to hospital and your idea of fun was making it through to the sofa  to watch a film on Netflix, it's not climbing mountains right ? That unwanted shadow follows you around everywhere and there's never any light at the end of the tunnel.

Life doesn't feel adventurous,it's always a struggle you risk setbacks you lack the ability to just feel alive and live life on the edge. Fear is an emotion even the bravest of people face at some point in their lives, and fear is something I slowly realised I had to face head on, fear was a huge demon of mine,  the fear of a setback, fear of the pain and the whole fear of something going wrong again.

At one of my worst times with my heart, walking was a challenge, it was physical, physically because I was unable my heart physically wouldn't function how it should, and for the last 2 summers I spent days in hospital feeling like that was how my life was always going to be something so simple I physically couldn't do, the pain of it all stuck fresh in my mind.

I was always stuck with the "I want to do it "  I knew I had to find the mental strength inside, it will always be physical,  but I was only making the impossible, impossible by allowing my fear to take Over and for once I had to forget fear and face that problem, it's the only choice I had to make steps to aim for positive progression.

'Fear has two meanings, forget everything and run,

or face everything and rise'


Nobody chooses to have an illness, nobody would choose for an illness to make them frightened,
Life is only what you make of it,live for yourself,it may feel like you've been giving a life sentence, but it doesn't have to be, your outlook on life by changing that impossible to possible by simply trying your best that's all anyone can ask for, there's always time to just make the most out of the situation.

Little steps can appear from just facing and acknowledging it all  you will realize they baby steps were an important part in helping you get to were you are in the present, look at your small achievements which in time will turn into your biggest victories always be kind to yourself it's not about winning a race its about finishing, and don't forget to walk before you can run. Who knows maybe one day that 40 minute Mountain walk wouldn't take me nearly 3 hours but for now that's an achievement I'm proud of. 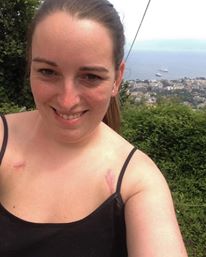 You can also find me in these places