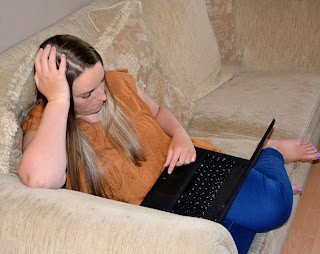 They say what's for you wouldn't go passed you, I gave it my all or at least I thought I did ,something I was so passionate about but maybe  it wasn't meant to be because it did go right passed me.


A few months back I applied for a job, I didn't tell anyone for the fear of failure, it wasn't just any old job, but a job that meant I would be achieving a huge dream and goal helping and working with others with heart problems, when I received a letter inviting me for an interview I was buzzing with excitement but also stuck with so many worries.

I had spent weeks questioning was it a good idea ? was I being stupid ?  Could I even do it ?  Would my health allow me to do it ? Would my health knock me back because of how much time I have had off being  sick ?   I even hesitated over sending the application, because if I got the job it meant working with the staff who do all my checks and heart scans  I  felt embarrassed over it,  because on some occasions my checks and procedures means your forced to be naked but was it anything to be embarrassed about ? it isn't , I throw all they thoughts to one side and figured  if it's meant to be then it's meant to be.

Sitting in the same corridor I was met with the same faces most of them had treated me at some point except this time was different, I wasn't a sick patient coming for a ECG or a pacemaker check as I walked into the room the lady interviewing knew me she was there through every ablation, that had failed yet I still shook her hand like we hadn't met before, when they asked if I wanted to be showing around,  I had been in nearly every room all for different reasons yet all the outcome of my condition, I still said yes ,it was the strangest experience knowing this time it was different, it didn't even feel like an interview because she already knew so much about me because she had asked in the passed about my life, my family and my job.

I was asked  why I would be good at the job ? Were I spoke about my own job  and what I have done which meant I could bring experience but suddenly I thought of something I could bring that most people couldn't, I could relate, I know what it's like, I know what it's like to feel frightened and afraid I can put myself in their shoes because I've been there on more than one occasion.

When the words "well done out of 67 you made it to our 9"  felt like a huge achievement except they words stuck for some reason, as I left the hospital I told my family I didn't think I got the job you get that feeling were you just know

When the phone rang and the words "don't be dishearted you didn't get the job you probably don't want to hear this but you lost out by 1 point if there was 2 positions you were second and would of got it," and there was "nothing differently you could of done"


'She wanted something else, something different, something more, knowledge excitement perhaps or maybe success in something she had a passion for just not second best'

And do you know something  when I came off the phone I cried , I gave it everything but that everything wasn't enough a huge dream shattered in 2 small seconds were I questioned what could I have done differently or what do I need to improve on for next time, except I had asked that and the words "nothing",  someone just had more experience in that aspect than I had, I still questioned everything afterwords , maybe if I had spoke more or less maybe if I had just gave it more than I already did ,I just didn't sell myself enough I guess,  I was also stuck with the embarrassment of  I need to go back and face all they staff members as a patient for the rest of my life... Yes the rest of my life because I will never be free from heart checks, and the hardest of it all knowing I was there second choice.

The only good thing out of it is they asked to keep my number and if the opportunity arises within 3 months they can still offer me the job and I will be first in line to get the position except at this point in time all I see is that fail, did she just say that to make me feel better ? I guess no one knows what the future holds if we did then we would all be up at the shops putting on the lottery and we wouldn't  have to work right ?

Except that's not the case for me my goals and dreams of helping and working with people who have heart problems will always remain the same, it's a huge passion of mine and always will be, it's something I refuse to give up on, despite that fail. I do feel so dishearted right now, but who doesn't ?we all go through stages  in our lives were we fail, wither it be an exam, a job, or even something simple like trying to loose weight (my picture says it all I fail at trying to diet all the time because I have no will power).  I will take time to work and grow and focus on the life and job I have right now  and hope that a new opportunity does arise somewhere at some point, don't get me wrong that lottery win would help out  I could live in luxury and  do a job because I want to not because I need to, to make ends meet. 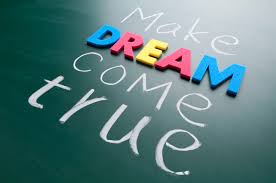 It wasn't meant to be and maybe it will never mean to be? Maybe there's something better waiting just round the corner, but losing out by 1 point hits hard how close you really were, which just makes the whole situation even more upsetting.

I found comfort in my sadness, it's ok to to cry,  a dream will always be a dream unless you go out and get it and I tried  but I guess if you keep believing in they dreams and yourself one day it will come true because you can't give up on dreams life's to short to not keep believing. We all have so much to give despite illnesses knocking us back throughout life  having the experience being on the other side is something special that not many can give or offer and that's something you cannot gain because it's giving without choice.