More than your 9:20 Appointment 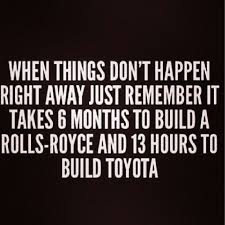 Over the weekend I didn't feel right, I barely left the house, I had been telling everyone something was wrong, I was still in a lot of pain from were my old pacemaker used to be, I phoned the pacemaker clinic I didn't know who to turn to being told to wait 2 weeks on an appointment with my own doctor just seemed to long, were  the gentleman on the phone told me there was nothing they could do since it wasn't actually my pacemaker but that they would inform my cardiologist... I don't think they ever did maybe it was easier to say that to get me off the phone ,so I made an appointment at my local surgery with the first doctor I could see which happened to be you.

I was going on my own, Dougie was at work I mean no big deal right ? But it is when you constantly have that fear of medical professionals being ignorant to your condition, your always told its fine yet it never is, the day I had  my collapsed 2 years ago one of the worst ones were my heart rate skyrocketed to 185bpm,  I had went to the doctors begging for help, begging for anyone, someone to listen  to me, that this wasn't all in my head I wasn't making it up it was real the way I was feeling yet I didn't know what was wrong, or what was going on with my body, I was a terrified 21 year old but yet again you told me its just an infection my body will get over it soon, but less than 24 hours later I was lying in a hospital bed diagnosed with a heart condition and had just been giving drugs to reset my heart back to normal, can you see why I get nervous going on my own.

Sitting in the room I told you about my pacemaker and how I didn't feel right, you had a quick look, all of 5 seconds if you were lucky ignored everything I was trying to tell you completely dismissed my concerns , maybe I should of led you on when you said 'I can feel your pacemaker', really ??? Because that's just impossible when its no longer in that side anymore, which was proof that everything I had just told you must of really went in one ear and out the other, but instead I corrected you showing you the pacemakers on my right hand side now.

It will go away eventually', you told me, telling me to rest take painkillers, even milk it a little as you laughed as I left the room, maybe this would of happened but deep down I felt you just wanted rid of me and it was easier for you to just send me on my way, you made me feel stupid like an idiot, like I had just wasted your time, I was in a great deal of pain and beyond fed up, I left the exact same way I walked in, I didn't want to milk anything I just wanted to feel better.

That afternoon I sat crying, just sick of feeling rubbish, just wanting to look after Kian and I had spent the whole weekend and passed few weeks feeling like I was letting him down again were he waved goodbye as he went out with his grandad and nana he didn't even seem like he needed me anymore and I now this isn't true the way I was feeling made everything 10 times worse, or knowing Dougie was slowly getting impatient with me always lying around in bed not having a dinner made or even spending time as a couple. I wonder how you would feel having kids what its like to feel like that to be unable to do anything with them mentally you want to but physically you just can't, or what its like to feel like your letting your husband down he doesn't deserve this everyday.

Well you were wrong, it didn't just go away I ended up in hospital having to get fluid drained from my old wound and more antibiotics, maybe you didn't believe me, maybe you thought I was faking it, being a drama queen, making up the pain was worse than it was I don't Know, but I'm more than just a number, I'm a person with feelings

Please next time just listen to me and not dismiss my concerns, treat me like a person not a number on your long list of patients, I'm just a normal girl, who doesn't want to milk anything I just want to be normal. 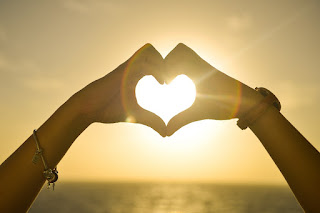