Its ok to be a big cry baby 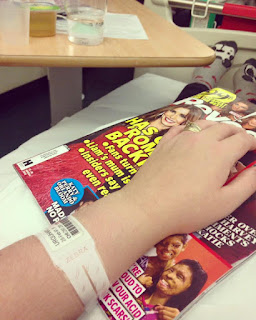 if the shooting pains in my chest were little sparks of light and the dull aching was a bright red glow. If you could see the fog swirling around my brain. If you took my hand or touched my shoulder and you could feel how heavy the weight is, if the sadness made me waste away and the fatigue swallowed me up... and I never woke up.
Maybe then you would believe me, wouldn't you ?

I found myself again in the same situation only a week later, sobbing and crying behind a curtain in my local accident and emergency, the frustrating of nobody knowing what was going on, nobody being able to tell me why I was still in pain, or why the fluid was still in my chest, it had been drained yet 7 days later it was back, as I left through the doors of the busy waiting room, I had just got up and left from the trolley I had been lying on in tears, I had simply had enough, you become tiered of not knowing what's going on with your body, the doctor's voice echoed as he tried to tell me I was leaving without painkillers, but I didn't want painkillers my whole body felt numb.


As I sobbed in the car on the way home the tune blasting out from the radio from one of my favorite songs,

Where there is desire
There is gonna be a flame
Someone's bound to get burned
But just because it burns
Doesn't mean you're gonna die
You've gotta get up and try, and try, and try


They described exactly how I felt I knew deep down I knew I had to get up and try but inside I was emotional fed up and exhausted, I felt at breaking point. 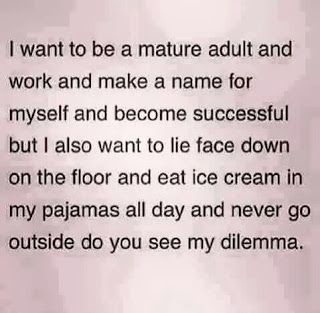 Getting home things only got worse later that night I passed out in the hall, before hand me and Dougie had even joked as I kept saying maybe I should just pee the bed I was bursting but I knew getting up I would black out the way I was feeling, the dizziness ears ringing heart racing every time I stood up I would throw myself back into bed And I hate to even share this but poor Dougie was even looking for anything that I could use for me to pee in to save me getting up out of bed and greeted me with my lovely new vase maybe I should of just peed in the vase classy,I know but if you have this condition and been in this situation you will know exactly were I am coming from, but instead I really tried to get up with Dougie's help saying if I felt I was going to go I would just quickly lie on the floor but I failed miserably didn't make the toilet or the floor well I made the floor but by hitting it without trying. When the ambulance arrived I found myself again crying and this time refusing to go to the hospital something I have never done in my life, I just couldn't do it anymore nobody could give me answers so mentally it was like there was no point to anything, they decided to call a doctor out to the house.

Half an hour or so later I was greeted at the side of my bed by what was one of the nicest doctors, the first thing she asked me was why  I refused to go to hospital were again I just started crying and couldn't stop, she felt the lump of fluid and commented saying no wonder I was in pain the lump was stuck to my rib cage, giving me tablets to help me sleep, she was now on the case to get me sorted but at this time of night she simply couldn't because it needed the one person who knew my heart inside and out.

I was admitted the next day to the cardiac ward,  sat staring at a bunch of old ladies again, who actually thought I was a visitor at first, because your far to young to have heart problems I was so grateful to be sharing a room with they 4 lovely ladies they chatted away and made the whole stay that little bit nicer especially the way I was feeling being an emotional wreck.

My pacemaker was checked to make sure it wasn't failing and that had been the reason for my collapse, and a heart scan that thankfully were all fine so he decided to get a second opinion, as not only did he owe that to me but to himself as well, because he just didn't know what was going on, my results showed lots of inflammation and white blood cells but nothing stood out as a problem or why this fluid kept coming back, so the next day I was met with another cardiologist who specializes in pacemaker infections at first he spoke about opening it back up again, but  that brought more risks of messing with it all again and putting me at risk of infecting my new pacemaker so as much as it was a pain, really a pain in my rib cage, we went down the route of leaving it to see what would happen and hopefully eventually my body will break it down with antibiotics and of course my heart racing is completely normal for me.