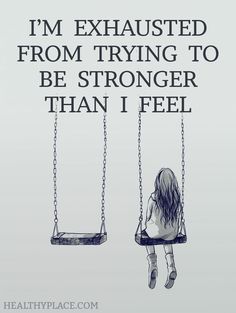 When you know something already ,its obvious to you for so long but then when someone confirms it its like your suddenly hearing it for the first time it sinks in and suddenly its real,a little bit of sadness fills your heart.

My bloods came back and even though the infection hasn't spread into my blood or body which of course is a good thing my levels show there's something going on so I was placed on the list to have my pacemaker removed 2 days after my birthday Happy birthday to me not the way I had planned to spend the first few days of being 25 but  I guess not many people can say they got a new pacemaker as a late birthday present.

As we headed to the hospital Friday I had seen my own cardiologist the Friday before were he took some bloods and said he was away next Friday but that another cardiologist would see me, I felt so nervous at the thought of meeting a new cardiologist even though I have seen a few on the ward etc when I have been admitted I feel like he knows me and I know him, he's done all my ep studies, ablations and my pacemaker so he knows my heart inside and out So I was extremely nervous about seeing a new one like to the point I couldn't focus in the waiting room  and it wasn't helped with the musical chairs of the old people jumping and moving from seat to seat !! Thinking to myself just sit down and stay in the one seat Dougie sat doing a cross word in the paper asking me stupid questions, I know he was just trying to take my mind off it all but honestly I just wanted it all over with.

The sadness when he confirmed he was adding me to his list in a weeks time to take it out wasn't just because its more surgery but a whole mix of emotions having to stay in hospital until the infection is gone to implant a new one on the opposite side, the fear of not having the pacemaker there to stop the pauses and slow rates and the worst part is having to leave Kian, it will be the longest I have ever been away from him, If any other mums are reading this then am sure you can imagine its always me and Kian and  he's strange with others, I have never left him that long and every time I have left him its been because of my heart which just makes the whole thing worse again because its not by choice and I have no control over any of it, then there's the recovery again I just wish I could fast forward it all. I feel like I have lost part of my youth as silly as it sounds but since the age of 21 its been none stop hospital checks, admissions and operations missing out on simple things that other people my age are doing.

'bad luck' he told me that its just one of these things that happens and there's nothing I could of done any different to stop it from happening very unlucky if you ask me when he said its only 2 in 800 people and I happened to be one of the two people that end up having it out so soon. It still feels so long away that I haven't started stressing or worrying about it all yet but I know all that will come, i am only human.  I hate being in hospital, I hate been away from home and my family and I just hate how its all just so unpredictable they don't know how long it will be before  the infections is gone and they can implant the new one.

I know I just need to get on with it all there's nothing I can do and as Dougie put it just enjoy the rest he told me to see it like a holiday were I burst out laughing its not ideal but I guess you just need to make the most out of a shit time. So on the 1st of March I will be saying goodbye to this pacemaker and starting a new friendship very soon with a new one.